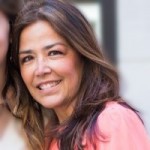 Norma’s hospitality career began at The Fontainebleau Hilton and then with assignments at The Waldorf-Astoria, New York Hilton, and Washington Hilton. Norma then moved to Boston where she shifted to food & beverage, managing a five-star restaurant in The Hyatt Regency Cambridge. She then accepted the role of Director of Operations for the Castle at Tarrytown, a Relais/Chateaux property. Next, she was recruited by the owners of Blue Hill at Stone Barns for a pre-opening Operations leadership role in their farm-to-table restaurant. As Director of Operations/Owners Representative, she became part of the team that launched this now world-renowned destination. Norma left Blue Hill to open her own all-natural organic cafe, Café Norma. Reviewed by the New York Times as “Excellent,” Café Norma quickly developed an incredibly loyal clientele. Later, while in China for D.C.’s assignment, Norma was recruited to teach at Les Roches Jin Jiang as part of their globally recognized faculty. Returning from Shanghai in 2012, she was retained to project-manage the multi-million dollar redevelopment of the Wyndham Orlando Resort. Today, this property is an asset management client of Titan. Subsequently, Norma and Titan were hired by ownership to project-manage the complete renovation of The Shelborne Hotel in South Beach through construction, re-opening, and re-positioning as a Wyndham Grand Resort. Titan and Norma continue to serve The Shelborne today as ownership’s asset managers for the property.