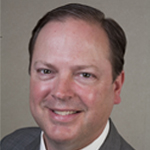 Stephen’s current responsibilities include charting the strategic course of the company, pursuing business development opportunities through expanded supplier and customer relationships (with over $2 billion in incremental revenue growth due to these activities in 2016-18 alone), and managing and supporting strategic initiatives (with his internal OSM consulting team of 15) for improved business process efficiency and effectiveness.

Stephen holds a Bachelor of Arts degree in Government from Dartmouth College; a Master of Science degree in International Relations from the London School of Economics and Political Science at the University of London; and a Master of Business Administration from the J.L. Kellogg Graduate School of Management at Northwestern University. Stephen also has completed his Master Sommelier Level 1 certification and Southern Glazer’s Preeminent Leadership Program at Harvard Business School.

Born and raised in the State of New York, Stephen is married to Cynthia Mickelson and the proud father to Stender, Evan and Lucas. In his spare time, he serves on charitable boards and committees, enjoys pairing wines with his culinary creations, is a public policy “wonk”, raises orchids and bonsai trees, and collects air mail stamps and associated ephemera.