Dr. West began his career in the Navy where he dedicated 22 years, proudly rising from Seaman Recruit to Lieutenant Commander. During Vietnam, he served two tours in country as a Corpsman for the United States Marines and served one tour on ship, stationed offshore of Vietnam. During his time in the Navy, Dr. West earned his Bachelor of Science Degree in Hospitality Management from Cornell University and his Master of Science in Systems’ Management from the University of Southern California.

After the Navy, Dr. West managed numerous restaurants, but soon realized that teaching was his true passion. In 1988, he graduated with a Ph.D. from Virginia Tech University.

Dr. West served for ten years as Dean of Florida International University's School of Hospitality and Tourism Management, and one year as Vice Provost, Biscayne Bay Campus of Florida International University. During his tenure as dean, he co-founded the South Beach Wine and Food Festival and established a satellite campus in Tianjin, Peoples Republic of China – the first United States University to do so – which currently has an enrollment of over 1200 students. His entrepreneurial initiatives brought over $24 million to the school.

In retirement, Dr. West moved to Everglades City, FL with his wife Liz but he could not relinquish his commitment to teaching and supporting others. He joined the faculty of Miami- Dade College in 2012 and continued to teach and develop Work Force Training classes until August 2018. He also volunteered in his local community, serving as President of the Lion’s Club and leading volunteer efforts after Hurricane Irma.

Dr. West’s memory will live on in every student he taught, every colleague he mentored and every person he inspired with his big ideas. Truly a man among men.

Donations are being accepted to the Dr. Joseph J. West Memorial Scholarship Endowment at FIU. Fulfilling the commitment the Wests have to education, the intent of the scholarship is to provide Chaplin School of Hospitality & Tourism Management students an opportunity to further their education and achieve success in their hospitality profession. Donations made to the endowment fund will be matched dollar-for-dollar up to $12,500 thanks to the generosity of Mr. Burt Cabañas ’76, founder and Chairman of Benchmark who served as Chairman of the School’s Industry Advisory Board during Dr. West’s tenure. 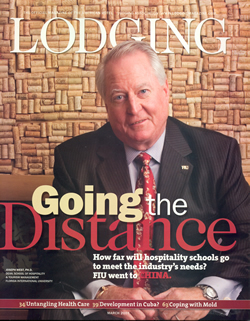 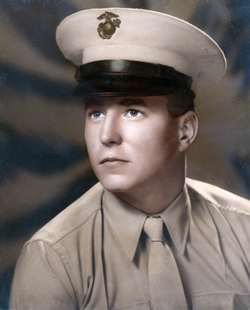 Make a pledge, give a single gift, or schedule recurring donations with your credit card by using our secure online giving form. Please ensure you select Dr. Joseph J. West Scholarship Endowment as the Designation.