Transforming hospitality and tourism… one learner at a time, for a lifetime.

The Chaplin School of Hospitality & Tourism Management at Florida International University (FIU) is home to the Bacardi Center of Excellence, a dynamic educational partnership focused on developing learners of beverage management, fine spirits, industry innovation, sustainability and entrepreneurship. The Bacardi Center of Excellence brings academia and industry together in a pioneering partnership experience at the Chaplin School.

The Bacardi Center of Excellence is a bold partnership that will elevate the Bacardi-FIU Chaplin School visibility and set it as the gold standard for spirits and business entrepreneurial education in the United States and around the world.

The Chaplin School’s ranking as one of the world’s top 50 hospitality schools together with Bacardi’s rich family history elevate our unique brand stories and impact marking the future of beverage management through education and innovation.

The vision of the program is to bring spirits education, business leadership, entrepreneurship and research together at the Chaplin School to inspire and educate our students and the global hospitality community on the beverage industry through creativity, scholarship and industry innovation.

Mixing one part Bacardi, one part Chaplin School, and one part CasaCuba, FIU seeks to fully embrace the bold Cuban spirit, bringing cultural heritage, academia, and industry together in an innovative and immersive partnership experience. Together, we will imprint the Bacardi family legacy across FIU and infuse the Bacardi-FIU partnership in our educational programs. A fullbodied partnership experience, hospitality students and industry will encounter Bacardi as a driver of cutting-edge research, innovative internships, and a first-ever Bacardi-branded spirits curriculum. This Bacardi-FIU partnership will be revealed across two FIU campuses—with the possibility of a third in Tianjin, China—over a phased engagement that will peak with the grand opening of CasaCuba at FIU.

Beverage Management Law
An introduction course into alcoholic beverage law. The learner will be  introduced to the fundamental laws, rules and regulations applicable to the alcoholic beverage industry in the State of Florida, key national and international markets. The learner is familiarized to methods of enforcement of laws, rules and regulations; the principals that control licensing and permitting within the industry; and municipal code violation enforcement.
Required

Beverage Marketing & Distribution
This course will explore the complex world of beverage sales, marketing and distribution, including brand management, legal issues, and the roles of producers, importers, wholesalers, retailers, duty free and hospitality outlets. The learner will identify and analyze the key industry segments, targeting, and positioning of the alcoholic beverage industry with emphasis on the suppliers, retailers, duty free segment, and on-premise accounts to understand product assortment and pricing models.
Elective

Jobs in Spirits Management include those in:

The Bacardi Center of Excellence at FIU’s Chaplin School is the model for private partnership and entrepreneurial education and will become the most expansive beverage management program in the country. The programs key pillars include:

BacardiTeach – BacardiTeach is a collaborative-learning platform created by Bacardi USA and the Chaplin School of Hospitality & Tourism Management. This is a hospitality community and industry-focused learning platform that utilizes web-based and in-person learning to create a pathway and opportunity for bartender entrepreneurs to launch new businesses and create new spirits startups.

Scholarships – The Chaplin School of Hospitality & Tourism Management offers students seeking careers in the beverage industry or food and beverage segments and students in need financial support to fulfill educational opportunities. Scholarships of $2,000 are available for students identified as potential future leaders of the beverage industry. To apply, click here: https://fiu.academicworks.com/opportunities/10157

Fellows & Scholars – The Bacardi Center of Excellence invites high achievers in the beverage industry to FIU as fellows and scholars to share their knowledge and passion with our learners, and to foster scholarly recourse to better the beverage world.

Consumers are attuned to brands that tell meaningful stories, and they are attracted to authenticity. In the Bacardi Classroom at Chaplin’s Southern Wine & Spirits Beverage Management Center, Bacardi is invited to wrap its many-branded stories on the classroom walls, refreshing the design every semester and staging the experience to make the brands memorable. A physical manifestation of CasaCuba@Chaplin, the emblazoned walls can tell the story of a spirit’s ingredients, from the unique strain of yeast that Don Facundo Bacardí Massó found growing in the sugarcane fields outside Santiago de Cuba, to responsible sourcing of sugarcane-derived products and packaging materials. All core classes are held in this space, creating an emotional connection and brand loyalty between Bacardi brands and Chaplin’s future on-premise professionals.

The Bacardi family legacy started more than 150 years ago in Santiago de Cuba with family patriarch, Don Facundo Bacardí Massó, who created the first mixable rum – what the world now knows today as BACARDÍ® – and pioneered cocktail culture, which emerged in more than 170 markets globally to become the largest privately held spirits company in the world.

In its over 50 year history, FIU is the youngest university in the State University System of Florida, but the first and only school in South Florida to achieve the prestigious “Emerging Preeminence” designation by the Florida Legislature. In 2019, FIU was ranked among the nation’s top 100 public universities by U.S. News & World Report. The University has solidified its impact and importance in the community with more than 200,000 alumni, more than half who live and work in South Florida.

As one of FIU’s 11 colleges, the Chaplin School of Hospitality & Tourism Management is ranked as one of the Top 50 hospitality schools in the country by QS World Rankings and number one best online Bachelor’s in Hospitality Management in the US for the fifth year in a row by Best Colleges.

Together, the Bacardi-FIU partnership imprints the Bacardi family legacy in our educational programs. A full-bodied partnership experience, hospitality students and industry will encounter Bacardi as a driver of cutting-edge research, innovative internships and a first-ever Bacardi-branded spirits curriculum. The Bacardi-FIU partnership is a welcome synergy across two FIU campuses and among generations of FIU and Chaplin School alumni, who may have a strong affinity for Bacardi.

Among the best hospitality schools in the world, the Chaplin School an undergraduate and graduate degree program and the Marriott Tianjin China program. The Bacardi-FIU partnership will not only build community, industry and education, but make a splash in the bartender entrepreneur community. 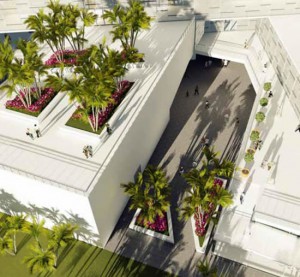 In addition to its presence at the Chaplin School, Bacardi is calling CasaCuba at FIU its new home. Serving a city shaped by Cuban immigrants that today is home to nearly one million Cubans, FIU has a longstanding connection with this community. As one of the largest concentrations of Latin American and Caribbean Studies scholars in the country, through CasaCuba, we will strengthen the momentum of our brand-new CasaCuba initiative branding FIU as the premier hub for Cuban research and culture.

CasaCuba at Florida International University brings together scholars, policymakers, business leaders, students, and the community at large to realize a multidimensional Cuban cultural center and think tank that facilitates the discussion and study of Cuban affairs – history, policy, business – and the celebration of Cuban heritage. CasaCuba has attracted influential board members, recruited a uniquely qualified team, secured a prominent site on the FIU campus and once complete will feature galleries for interactive exhibits, as well as a state-of-the-art venue for events, performances, and dynamic programming including a Bacardi space.

The Bacardi space at CasaCuba provides perpetual opportunities to engage guests and students and activate the Bacardi Center of Excellence at Modesto A. Maidique Campus and in the community. 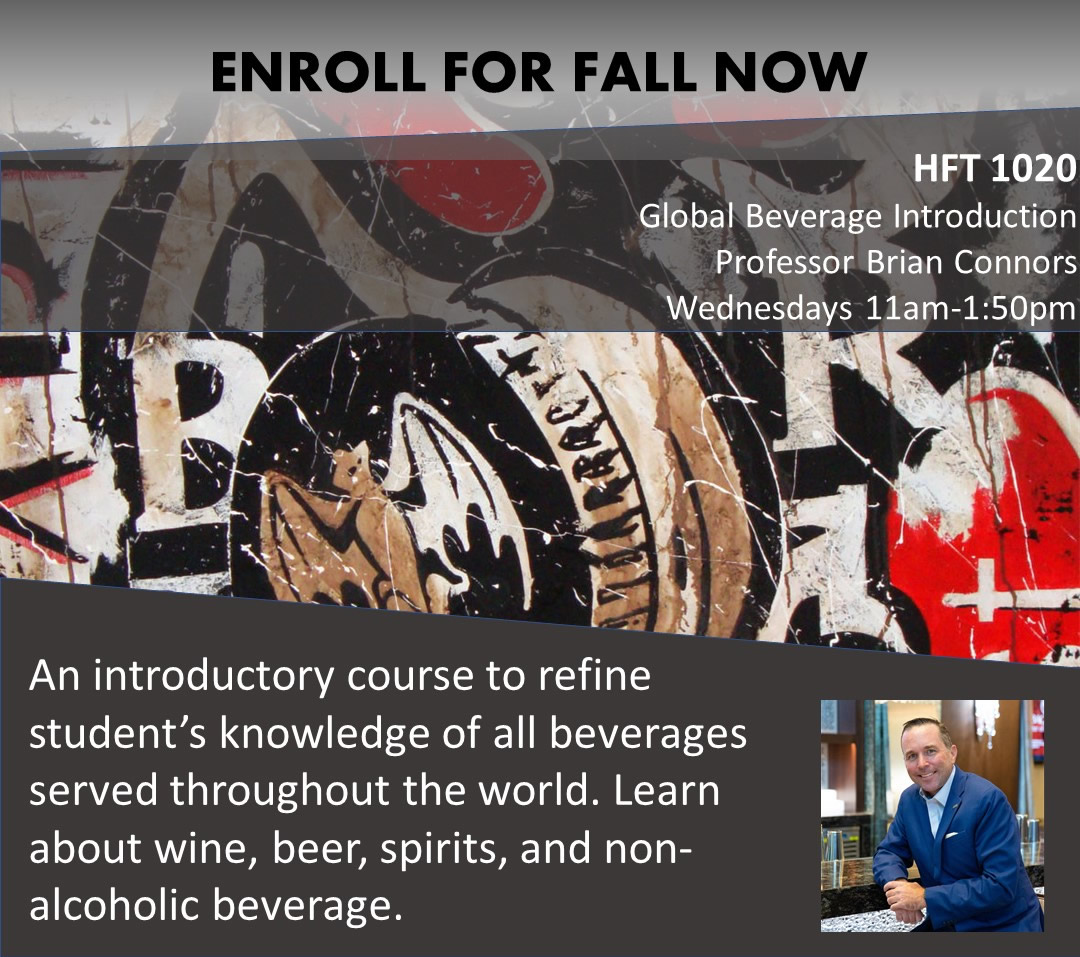 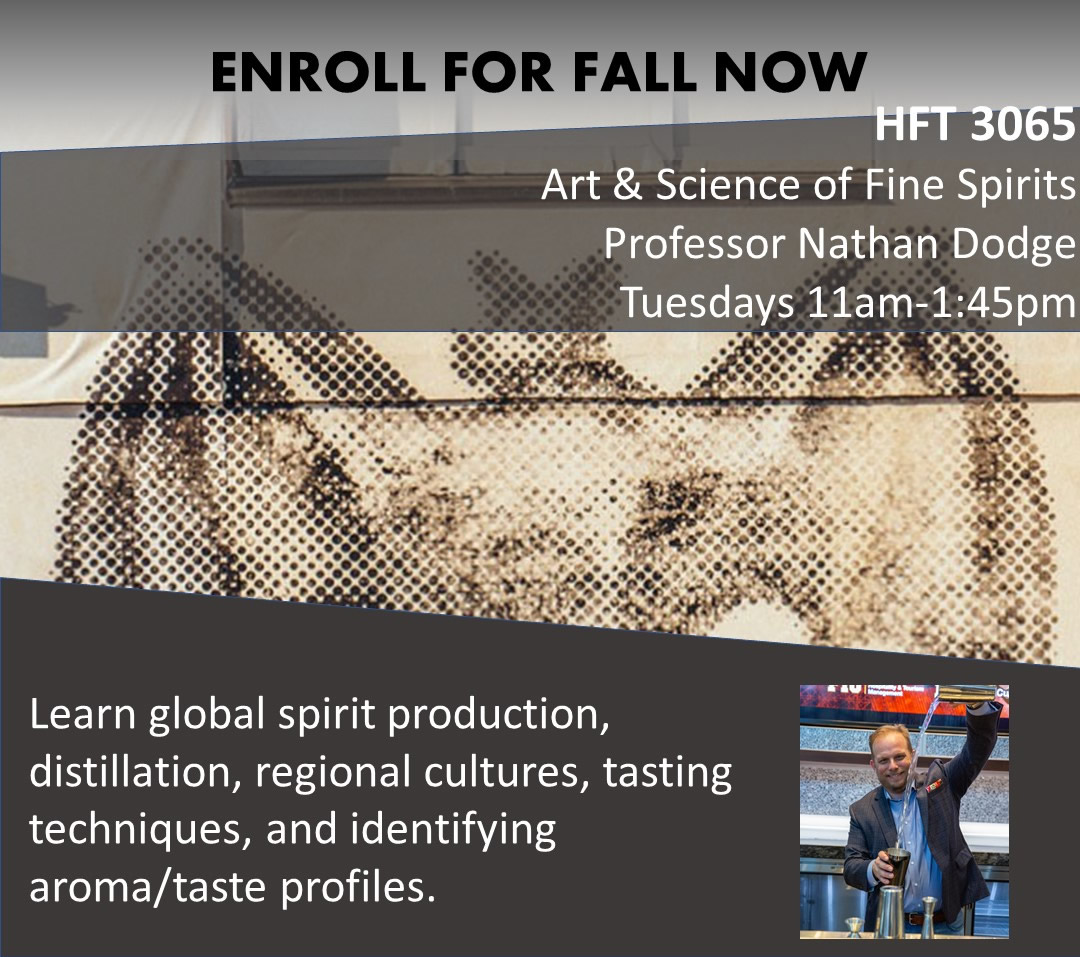 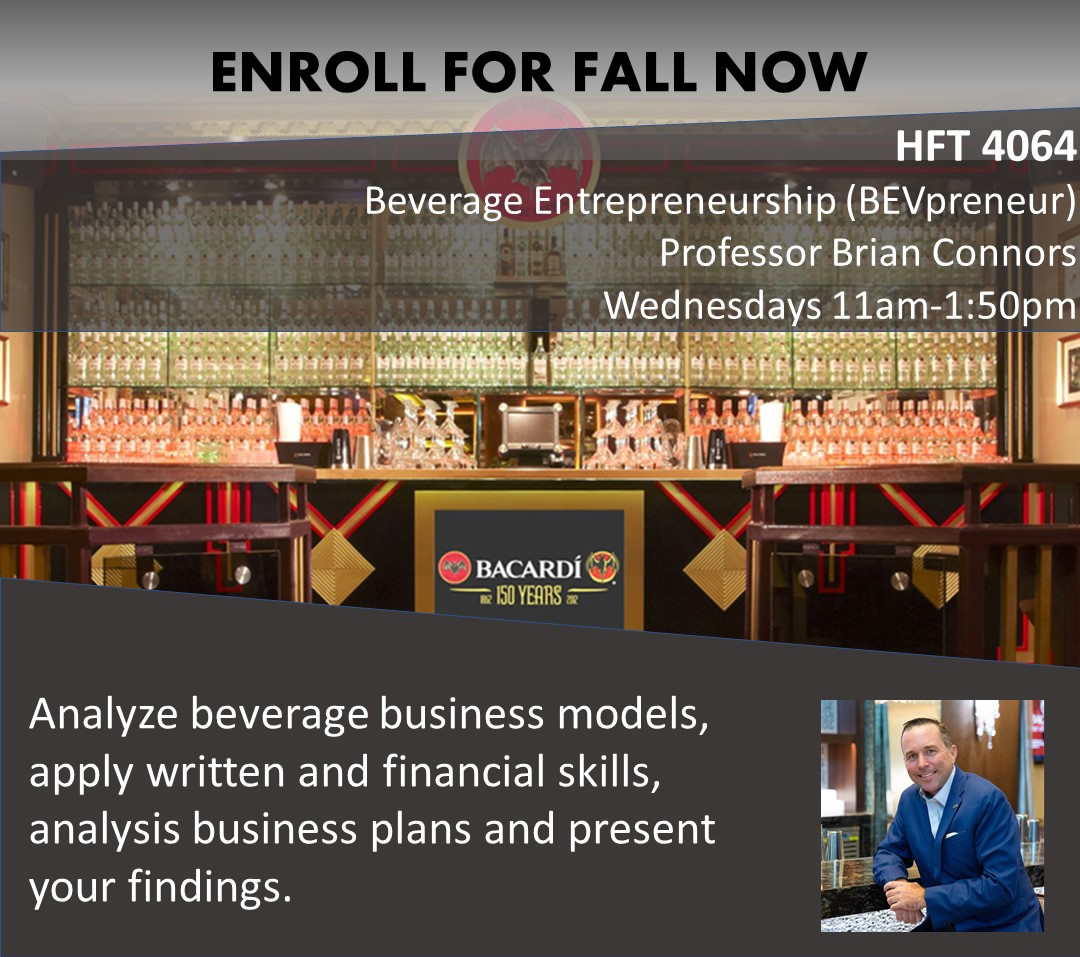 The Bacardi-FIU partnership is making a splash in the bartender entrepreneur community. With a proven track record in helping food entrepreneurs build and grow successful businesses, Citi Foundation-funded StartUP FIU Food can help mixologists and craft spirits entrepreneurs make the shift from bartender to business owner. StartUP FIU delivers its industry expertise and management training using a practical, hands-on approach that stresses the development of new skills and tools to be immediately applied to the business without the need for large capital outlays.

StartUP FIU is a domain-specific, industry-focused incubator that serves local, small food and beverage business owners that want to grow and scale their companies. The Chaplin School of Tourism and Hospitality partners with StartUP FIU to bring world-class expertise and practical knowledge about every aspect of the food and beverage industry—from recipe development to packaging design and regulatory requirements—to participating business owners. The industry focus is complemented with a full range of training in entrepreneurship and small business management. 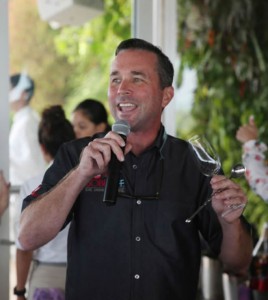 With fifteen years’ experience in the area of higher education and a sought-after industry consultant.  Brian has consulted to every segment of the hospitality industry including independent and multi-unit restaurant groups, hotels, resorts, entertainment venues, country clubs, hospitality REITs, cruise ships and the mega yacht industry. His passion for beverage education is proven with the development of awarding winning beverage programs and innovative educational platforms.

Recently, he was the wine & beverage consultant to a leading luxury cruise line. In this role, he assisted in the development of their award winning beverage programs and traveled the globe training the fleet ships and one of the largest teams of Sommeliers in the world.

Brian has a Master’s degree from Rosen College of Hospitality Management at the University of Central Florida, a Bachelor of Science from the School of Hotel Administration at Cornell University and earned his culinary degree from Johnson & Wales University. 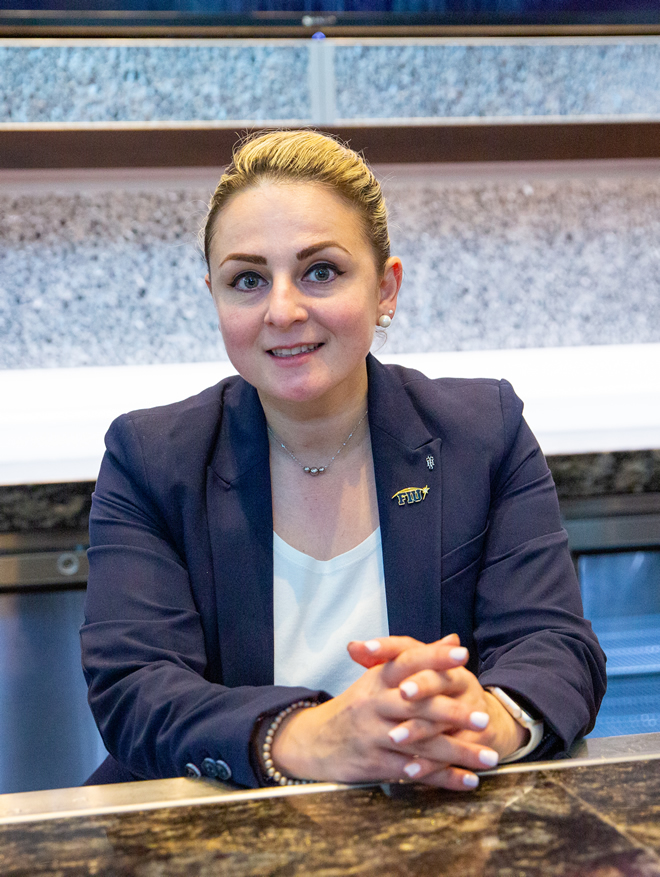 Cristina has a Master’s degree and a Bachelor of Science from FIU’s Chaplin School of Hospitality & Tourism Management. With more than 17 years in the industry, Cristina’s background spans from small independently owned boutique restaurants to large franchise restaurants producing over 15 million in annual revenues. Cristina has held the following positions in the Restaurant and bar industry including General Manager, Operations Manager, Food and Beverage Manager and Bar Manager.

Cristina has been recognized throughout her career for food and beverage quality excellence, presentation, and her creativity in crafting cocktails tailored for a multitude of indoor and outdoor events. Cristina’s commitment and desire to provide the ultimate customer experience is marked through her training skills, giving each restaurant and bar establishment that she touches a competitive edge within the market.